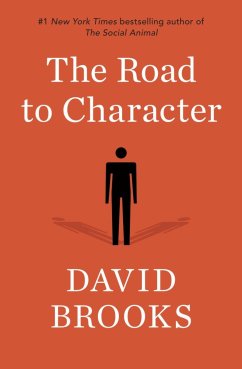 David Brooks is one of my favorite writers and commentators. His twice-weekly op-ed articles in the New York Times are a must read for me. He isn’t just an opinion columnist or political observer. In my judgment he’s a serious moral philosopher for our age. I recommend reading his 2015 book, “The Road to Character.” In it he probes for moral depth by blending psychology, politics, spirituality, and humility in the pursuit of a virtuous life with authentic character.

In a 2016 Times column titled “Why America’s Leaders Fail” Brooks got to the heart of the matter when he wrote:

“Over the past few decades, thousands of good people have gone into public service, but they have found themselves enmeshed in a system that drains them of their sense of vocation.

“A person choosing a career asks, How can I get the best job or win the most elections? A person summoned by a vocation asks, How can my existing abilities be put in service of the greatest common good?

“A career is a job you do as long as the benefits outweigh the costs; a vocation involves falling in love with something, having a conviction about it and making it a part of your personal identity.

“A vocation involves promises to some ideal, it reveals itself in a sense of enjoyment as you undertake its tasks and it can’t be easily quit when setbacks and humiliations occur. As others have noted, it involves a double negative — you can’t not do this thing. … People with a vocation mind-set have their eyes fixed on the long game. They are willing to throw themselves toward their goals imaginatively, boldly, and remorselessly.”

For the Christian, baptism is a vocation and not a career; a call to serve, not an optional opportunity. It is indeed a part of our personal identity. It’s serious, solemn and yet joyful business. Isn’t that what we mean when after a person is baptized we pray, “Sustain them, O Lord, in your Holy Spirit. Give them an inquiring and discerning heart, the courage to will and to persevere, a spirit to know and love you, and the gift of joy and wonder in all your works”? (Book of Common Prayer, p. 308)

I believe so. Baptism is living and doing God’s mission. It’s a vocation. It’s a holy endeavor we cannot not do.

This site uses Akismet to reduce spam. Learn how your comment data is processed.