by Jennifer Woodruff Tait, reprinted with permission from The Green Room

In 2016, Fletcher Lowe emailed me out of the blue. He wanted to meet Episcopalians who were going to be at the 2016 Faith and Work Summit in Dallas, and a chain of emails had led him to me and Will Messenger at the Theology of Work Project. (Will and I are both Episcopal priests, as was Fletcher.)

We exchanged phone numbers and planned to meet at the opening reception. Fletcher promptly got off of the plane and, as I recall (my saved email fails me on the details), broke his foot. He had to get right back on the plane and go home to Virginia. We never met in person.

Our near-miss, however, led him to invite me and others from TOW to get on a Zoom call (in 2016!) to connect the work of the Episcopal faith and work group Fletcher headed (then called Episcopalians on Baptismal Mission and now Partners for Baptismal Living), to more evangelical faith-and-work efforts represented by the Summit. After a couple of fruitful discussions, Fletcher invited me to join the periodic conference calls held by the Steering Committee of EBM. I would say this was an afterthought, except that I don’t think Fletcher had afterthoughts. He was a master of intentionality.

I never really agreed to be a “Steer” – as he always addressed us in his convening emails – I just never really agreed not to be. Fletcher kept emailing me and I kept showing up for the conference calls and Zoom meetings. The group was always looking for more diversity on the steering committee, and while a middle-aged middle-class white lady is not that diverse, at that point I was the only Steer younger than the boomer generation, and (while I always describe myself as doctrinally orthodox but not culturally evangelical) I had connections in more evangelical parts of the church than many. Fletcher always welcomed me warmly to our discussions.

It’s hard to capture Fletcher’s enthusiasm in words. His obituary will give you a bit of an idea – I am exhausted just reading everything he started, most of which he managed to finish. He always began our calls by checking in with us and asking how we were doing and how we were working for justice and equity in our own corners of the world. (As he had worked deeply and carefully to help his parish reckon with their legacy regarding Robert E. Lee, I wish I could have heard what he would have said knowing he was being buried on the same day the Lee statue in Richmond came down.)

He had a grand vision to make Episcopalians overcome our deeply ingrained clericalism, and he would do that by any possible means. He would talk to anybody. He wrote a book (more on that in a minute). He worked informally through relationship-building; he worked bureaucratically through pushing for changes to our canons (for non-Anglicans in the house, canons are essentially the rules of how we run the church.) I didn’t even realize until I read his obituary that he was the driving force behind allowing Episcopal laypeople to assist with the distribution of bread and wine at the Eucharist and to take communion to shut-ins, two things that I take completely for granted as a priest in the 21st century. In Anglicanism, you can argue about polity and theology all day long but it really matters when you start changing the liturgy. Fletcher mattered. Fletcher thought people mattered. Fletcher thought people outside the church walls mattered.

Sometime between the foot-breaking incident and the Chicago Summit in 2018, Fletcher sent me the book he’d co-authored with another Steer, Demi Prentiss: Radical Sending. I read it, and then I was supposed to review it for this blog. I never did – I had two small children and several jobs, and life (and eventually a pandemic) got in the way. (When I opened it to write this reflection, I found my 2018 room key from the Hyatt inside of it.) I do not in the least think that Fletcher would mind that I briefly reviewed his and Demi’s book while writing a eulogy for him.

It’s a very good book. It uses one of his favorite metaphors – that of the church as “base camp” which sends out hikers/disciples to transform the world – and it looks at this theologically and practically. It deals honestly with the kinds of resistance that will emerge when you try to point out that the church doesn’t just belong to the clergy. It has lots of interviews with churches who have learned to radically send their people, and with laypeople in these churches who have learned to live out their baptismal covenant in their daily life and work. It has wonderful appendices with all sorts of plug-and-play stuff for the local congregation. You should read it.

We lost Fletcher on August 25, twelve hours after he wrote a perfectly marvelous and quintessentially Fletcher blog post which you should also go read, concluding:

[F]or some of us, the Dismissal at the end of worship is the most important part of the Sunday Liturgy. What are the hymns and readings and prayers and sermons all about but helping “equip the saints for the work of ministry.” (Ephesians 4:12) Preparing for the launch, getting the fuel for the journey, being supplied for the hike.

Fletcher planned his own funeral, a wonderful affirmation of his faith – of the church’s faith – in Jesus Christ who empowers the faithful in their daily work, who guides us as we walk (OK, Fletcher, hike) on our daily journey, who raises the dead and promises a new heaven and a new earth. The brief note he composed for the beginning of the bulletin is worth quoting in full:

To my family and friends. Thank you for joining in this service of thanksgiving to God for the life God has given to me. Believing as I do in the Risen Lord Jesus Christ, I know that there is life after [death] and that death comes as another event in my continuing life with Christ; that, as through Baptism, I have died and risen with Christ, so my death comes as part of that Baptismal journey. Thus this memorial service speaks rather to Easter than Good Friday, to a risen Lord, not a deceased prophet.

To my interfaith friends: I welcome you to this, my last earthly hurrah and I thank you for being present. That this service is clearly from my Christian tradition should not surprise you. We have been at our best when we have most fully lived within our own Faith tradition- and through the strength of those commitments, we have joined together in a united voice for the God of justice. As always, Peace, Shalom and Salaam, Fletcher.

Peace, Fletcher. I hope someday to see you face to face when I too have hiked to the top of the mountain. 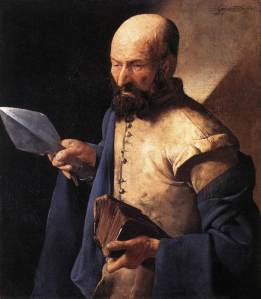 Last Sunday’s Gospel reading offered the story about the disciple we often call “Doubting Thomas.” I think Thomas gets a bad rap. Merriam-Webster says the first known use of that term was 1883, so for most of Christian history we didn’t dismiss Thomas quite so easily. After all, he’s the disciple who also said, “Let us also go, that we may die with him,” as Jesus headed to Jerusalem, knowing there were plots to kill him. And when Jesus, at the Last Supper, said, “You know the way to the place where I am going,” Thomas was the one bold enough to say, “Lord, we do not know where you are going. How can we know the way?”

Thomas is the one who wants specifics, and is willing to follow Jesus into certain danger. When the other disciples claim to have seen Jesus after the Crucifixion, Thomas wants to see Christ’s wounds. And when he does see them, he doesn’t doubt – he believes. Not just that Jesus is alive. He proclaims that Jesus is both Lord and God – a specific and brave affirmation.

In our daily lives, can we be as brave as Thomas? Are we willing to look for Jesus in the places we work and play and study? And when we notice God at work in the world around us, are we willing to look directly at the bloody wounds and see Christ? Will we name our Lord and God, when we recognize God’s presence at work in unfamiliar places?

“Putting on Christ” in our baptism enables us not only to see God at work, but to be the hands and feet, ears and heart that put God’s love into action. Sometimes it’s hard to find the courage to do that. Sometimes, we can be as brave as Thomas.

Why do congregations exist? In America, the members of congregations generally assume their congregations exist primarily to put on worship services on Sunday. And the success of the congregations is measured in terms of how many worshipers they are able to attract on Sundays. They also assume that their power to attract and hold members depends on their ability to produce programs that meet the spiritual and social needs of their members. The most successful congregations are those with the most attractive power.

The problem with these assumptions is that they ignore why God created – and continues to create – congregations. The Church came into being when God sent his Son into the world to live, die, and rise again for that world, and Christ commissioned his followers 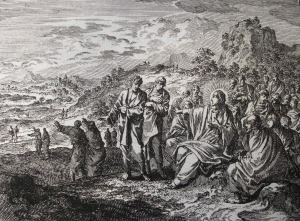 to spread the Good News of God’s love and justice through word and action “into all the world”! The Church exists not primarily to attract people into congregations but to send people out to share with God in his mission in all areas of their daily life. When we were baptized into Christ, he commissioned us all to participate with him in his mission, Monday through Sunday.

The paradigm shift from an attractional to a sending model of congregational ministry calls for a major reconsideration of every aspect of church life – worship, formation, community, and service. Mission is no longer on the periphery of church life. Mission is why congregations exist! Parish programs need to be rethought in terms not only of the corporate life of congregations, but also in terms of how they inspire, guide, and support each member in his or her missions in all areas of daily life – home, work, leisure, community, church, and the wider world.

In regard to the missional church movement in the Episcopal Church, what sets our approach apart from other Churches, is our emphasis on baptism and the baptismal covenant. As Christ’s mission began with his baptism, so too our mission, shared with Christ, begins with our baptism! In particular, the nine commitments we make in the Baptismal Covenant provide us with invaluable inspiration and guidance for our missions in Christ in our daily lives.

We recognize of course, that, in mission-oriented congregations, attraction remains an important part of our ministry. Unless congregations attract members in, there will be no missionaries to send out. But attraction is subordinated to sending. Indeed, the best way to attract people into congregations is when those congregations inspire and support all their members to live out their faith in their everyday lives.