We in the Church are accustomed to making a distinction between the clergy and the laity.   We do that so often and so automatically that we’ve lost an awareness of the historical context for those two words.

In The Complete Book of Everyday Christianity, authors Robert Banks and R. Paul Stevens offer a humorous view of how artificial that distinction is:

In common speech clergy is a term used to describe a religious official, certain members of a religious order or a pastoral leader of a church or denomination.

Its counterpart is laity – the untrained, uneducated, common members of the church. This two-people approach to the church is anachronistic and unbiblical (see Laity). We look in vain in the Bible for laypersons in the sense of untrained, unequipped and not-called. Those words available in the ancient world to describe laypeople (in the common sense) – laikos and idiotes – were never used by inspired writers to describe Christians. Instead we are introduced to the whole people of God – designated by the word laos (the people) – who, including leaders, together are the true ministers. The Greek word for clergy (kleros) is used to describe the dignity and appointment of all the people to ministry. So paradoxically the church has no laypeople in the usual sense of that word and yet is full of clergy in the original meaning of that word.

This past Saturday, March 12, the Diocese of Pennsylvania elected a new bishop from a slate of five nominees all of whom were well vetted and qualified. It took four ballots but from the outset the bishop-elect led in all of them. He clearly was the choice of the clergy and the lay delegates who in such elections must vote separately “by orders.” And to be elected the nominee must garner a majority of votes in both orders (clergy and laity) on the same ballot.

So what’s the problem? Certainly not the outcome nor the process. No, it is the voting math as prescribed by Pennsylvania’s peculiar diocesan canon which defines the lay vote as one vote per parish, not one vote per delegate. In this diocese all parishes, small and large, have two delegates, a kind of institutional egalitarianism that seems appropriate for Christian community. But is it in this case?

Let’s do the math. Remember all duly qualified clergy are entitled to vote and on the final ballot this meant 194 individual votes were cast. However, on the same ballot the lay votes totaled only 126. Why? Because that was the number of parishes present, not the total number of delegates. If multiplied by two, there were in fact around 252 baptized lay persons on hand but each had only a half vote with which to negotiate a choice for their parish’s preference. How egalitarian is that!

Truth be told it’s canonical clericalism. It values ordination over baptism. It disenfranchises the laity rather than empowering them. It’s like the early Constitution of our country: women, no vote; slaves, defined as three-fifths of a person. In the Episcopal Church whose membership is about ninety-nine percent laity this discrepancy in power and entitlement is unacceptable. Nothing in the Gospel can justify it.

If the first order of ministers in the church is the baptized laity, and not the ordained  clergy, then let that be consistently evident in its polity, practice and privileges. To be baptized is not a second class status in God’s commonwealth and Christ’s blessed community of disciples. Never. 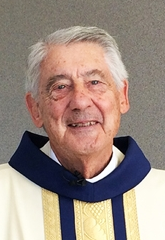 Tom Roberts in the January 22, 2016 edition of the National Catholic Reporter shares the story of the Rev. William Bausch, a New Jersey Roman catholic priest.

As a young priest in the 1960s, while serving at St. Joseph Church in Keyport, NJ, Fr. Bausch was assigned to be the chaplain to a Christian Family Action group (known as Christian Family Movement in most dioceses). One of the rules of the lay movement required him to be silent until the meeting ended.

“I remember that they made me sit on my hands because if I can’t use my hands, I can’t talk. I was never so humiliated and humbled in my life,” he said …. “Not because I had to sit on my hands but because, forced to be silent for two years, I had to listen, really listen, to their stories of how, day after day, they struggled to be good Christians. Month after month, I listened to them struggling inwardly with shady practices at the company at which they worked, the politics of the workplace, the compromises they were forced to make, the fear of losing their jobs, difficulties with children — school, rebellion, drugs — trying to make ends meet, hardly ever getting a vacation, trying not to lose faith in hard times, struggles with prayer, not feeling God’s presence, doubts.”

Through his tenure as chaplain, said Bausch, “I knew I had found my priesthood’s core: that they, the laity, would teach me, not only the other way around.”

This “profound sense of reverence and respect” for the lives and gifts of laypeople deeply affected his approach to being a pastor. “I made it clear to the people from day one that I was there to promote and call forth the gifts and charisms they already had, to teach them who they were as a people of God, to support and learn from them….”